An Interview with Brendan Schulman 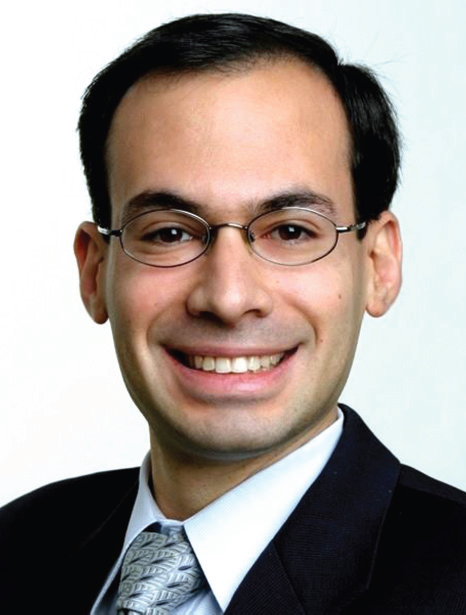 Brendan Schulman is an avid RC hobbyist and perhaps the most prominent drone-lawyer of our time, a very active RC and UAV advocate. It may be safe to say that when, in a few years or even decades, we look back at this “infancy” period of our industry, his name will be remembered as someone whose work influenced and helped shape the entire industry. He represented Raphael Pirker during his “David vs. Goliath” battle with the FAA, in which an NTSB judge ruled that the FAA had no explicit authority to regulate the use of UAVs. (The FAA has since appealed this ruling to the full NTSB board and the appeal was still pending at the time this article was written.) He also recently filed three separate lawsuits challenging the FAA’s interpretation of the special rule for model aircraft (one on behalf of the Academy of Model Aeronautics, one on behalf of commercial interest groups, and one on behalf of an association of research universities), with aim to end FAA’s prohibition on model aircraft commercial flights and restrictions on use of first person view. Brendan was recently named as one of the Eight most influential people in drones by an industry-specialized website dronedefinition.com, earning a spot with the likes of Jeff Bezos (CEO, amazon.com), Nick Woodman (CEO, GoPro), and Michael Huerta (Administrator, FAA).

Multirotor Pilot: Thank you for finding time for this interview. How did you get into the hobby and how does an RC hobbyist become a “drone lawyer”?
Brendan Schulman: I got into the hobby over 20 years ago. I have always been fascinated by airplanes. One day as a teenager, I wandered into a hobby store and started talking to the people there, and then I visited an AMA field and learned about the hobby. I got my first airplane, a Superstar 40, built it, and learned to fly at the club that summer. The “drone lawyer” emerged out of my interests in law and technology. I had been following the legal issues concerning commercial use of model aircraft for a number of years just out of interest as a lawyer, but it wasn’t until Raphael Pirker’s case came along that the legal issues came to a head in an unprecedented attempt by the FAA to penalize model aircraft use under the federal aviation regulations. I recognized that there was a bigger issue involved about the regulation of technology without public input, and that a lot of beneficial uses would be curtailed if these devices were regulated very strictly. 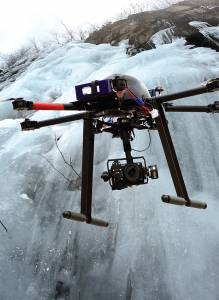 MRP: What are some good resources for the newcomers into this hobby/profession looking to stay up-to-date with the world of regulations and for guidance on safely operating their machines?
BS: The Academy of Model Aeronautics has been a great resource for decades on the safe recreational operation of model aircraft. The AMA also has a governmental relations blog. I try to keep people updated on legal news and developments on Twitter under my personal @dronelaws account, which is also replicated on Facebook under “Drone Laws.” There’s no one place to look for resources because there are relevant developments on the state and local level virtually every day. About 15 states have passed UAS-related legislation, mostly directed at law enforcement use but in some cases (such as Texas) placing restrictions on private use as well. The federal regulatory situation can be confusing and is subject to pending litigation so it’s always important to consult your own lawyer before doing something that may fall subject to federal or state law.

MRP: There are a few developed countries with some kind of commercial UAS regulations already in place. Is there a particular model/approach already in place that in your opinion works well?
BS: Other countries such as Australia and the United Kingdom have recognized distinctions in weight and altitude, and their approach in the commercial context is to increase the regulatory requirements as the operator uses heavier equipment at higher altitudes. That makes sense to me personally, because the risks of a model aircraft at low altitudes are extremely small. There have been almost no fatalities in the history of the model aircraft hobby, and I have yet to hear of any serious injury caused by a commercial multi-rotor operator anywhere in the world, perhaps because those use four or more small propellers instead of two large ones like the 3D helis that are used for aerobatic flying. In the past, model aircraft injuries and property damage were handled by the tort system in personal injury cases; the question now is whether we need a federal regulatory agency that’s busy with passenger transportation issues to become involved in such safe technology. It seems like it would be a poor use of taxpayer resources to treat UAS exactly the same way as manned aircraft.

MRP: While there seem to be quite a few groups and organizations doing a pretty good job keeping the UAS community involved and informed, the industry as a whole seems to still be a bit too young for the real big leaders to emerge. Do you think any of the existing organizations have a potential to become a leader with a big enough membership base, a clear goal and resources to represent our community in regulatory processes (state or federal) in foreseeable future? Or will this still be left up to individuals (such as yourself) and relatively smaller groups willing to invest their time, energy, and resources into advocating for our cause.
BS: It’s hard to say where leadership will emerge from. One of my clients, Peter Sachs, has formed the Drone Pilots Association to represent non-hobbyists. The Association for Unmanned Vehicle Systems International (AUVSI) has been around a very long time and has been working to promote the technology on Capitol Hill, primarily in support of the manufacturers. In the past year we have heard some pretty big high-tech names express interest in UAS technology, and that will help, too. There’s also disagreement about what the “cause” is. For me personally, I’d like to see our country lead the world in the beneficial uses of this technology. At the moment though, we are trailing behind other countries with friendlier regulatory approaches.

MRP: Could you, please, quickly describe the latest developments regarding the challenge to the FAA’s Interpretation of Special Rule for Model Aircraft?
BS: The cases, on behalf of the AMA and several commercial companies, have really just gotten started. It will likely be a few months before there’s any substantive update in the cases.

MRP: So far, what is the most memorable moment in your journey as a “drone lawyer”?
BS: When the Pirker decision came out, someone came up to me at a tech conference and asked me to autograph the court’s decision. It was a bizarre moment because people aren’t supposed to like lawyers! Although there are bound to be disagreements about the process and the potential outcome, I think that many people appreciate that there is an element of the democratic process that’s at work in advocating for access to the use of beneficial technology, and in having a set of clear and reasonable rules for the use of these devices before unpredictable penalties are issued by the federal government.

All of us at Multirotor Pilot magazine sincerely thank Brendan for taking the time out of his very busy schedule to answer our questions and share them with you, our readers. For more information on Brendan Schulman you can follow him on Twitter (@dronelaws) or on Facebook at facebook.com/dronelawyer.