Home » Off The Grid » Applications for Multirotor Aircraft

For the past few months we have been talking about the history of multirotors, the physics of multirotor flight, different multirotor configurations and flight stabilization boards. This basic overview of multirotors should give the readers enough information to understand how these incredibly interesting aircraft work and how we are now able to fly them with our standard aircraft and helicopter radios. The big question that a lot of people may ask is, “Now that they are available, what can someone do with one of these multirotor aircraft?”  In this month’s column, we will look at some of the applications for multirotors and how we can benefit from their use.

The first and most obvious use for these craft is the simple joy of flying them. In the same way that we currently fly airplanes and helicopters for the pure joy of flying, multirotors offer a way to enjoy the RC hobby in a new and exciting manner. Multirotors can provide an excellent transition for fixed-wing pilots that want to try rotary-wing flight, but are intimidated by the complexity and steep learning curve of modern helicopters. For heli pilots, multirotors offer a more relaxing approach to rotary-wing flight that offers a completely new set of flying experiences. With multirotors now available in a wide variety of sizes, from tiny indoor models that rest in the palm of your hand to huge outdoor systems that can carry 10-pound cinematography cameras, there is something available to fit any modeler’s needs or budget.

Currently, one of the most popular uses for multirotor aircraft is aerial photography. Multirotors provide a unique perspective for both still and motion picture photography, and allow the users to get an “eye in the sky” view that can be quite amazing in most cases. A lot of videos are popping up on YouTube and other video file sharing sites that show coverage of RC model events from an aerial perspective, shot with a multirotor aircraft. A wide range of small, lightweight sports cameras are now available from companies such as GoPro, Sony, Contour, Drift and others that can be quickly and easily strapped onto a multirotor and carried up to get an aerial shot of an event. Figure 1 shows an 825mm quad model with a Contour HD sports camera attached.

Amateur photographers are using these machines to take aerial photos of parties, sporting events, trips to the sand dunes and scenic vacation sites to name a few. Professional level photographers are now using multirotors to take photos and videos of weddings, construction site progress, agricultural fields, real estate and land development, accident scenes and nature documentaries. The list goes on and on and is only limited to the imagination of the user. In short, virtually any application that needs to have a view from above that was traditionally done with a helicopter or crane can now be accomplished with a multirotor. Figure 2 shows a Y-6 Multirotor with a DSLR camera on a gimbal mount that can be used for capturing high-resolution video and still images.

Another use for multirotor aircraft that is beginning to see more popularity is providing aerial surveillance and tactical awareness for police and sheriff’s departments. There have been several national conferences held this year for organizations such as the National Sheriffs Association, The National Organization of Police Chiefs, AUVSI and others where this very topic is discussed in great detail. In the United States right now, there are approximately 18,000 police agencies, of which only around 300 have aviation units. Helicopters are the vehicle of choice for most of these departments, but the cost of full-size helicopters has become difficult to justify for many municipalities. A turbine helicopter can cost over a million dollars to purchase, and ongoing operational costs can be several thousands of dollars per hour. Typically, for the cost of a few hours of time in a full-size helicopter, a complete multirotor system can be purchased, and the ongoing operational cost of a multirotor is typically measured in dollars per hour instead of thousands of dollars per hour for a full-size helicopter. So from a cost standpoint, multirotors can bring the ability to have an aerial view of a situation to virtually any police or sheriff’s department in the country.

There are so many practical uses for this type of aircraft that it is almost a forgone conclusion that we will all be seeing more multirotor craft being used by law enforcement personnel in the very near future. Here are a few examples of how multirotors can be used in everyday applications:

1. Taking aerial photographs of an accident scene to be able to see the entire area as a whole:  This is much quicker and easier than tracing tire locations in the street with paint and getting out tape measures to document the scene. Other hazards surrounding the accident scene, which may have been involved in the accident, can also be easily seen in an aerial view of the area.

2. Finding lost children or older individuals that have wandered off and gotten lost:  We have all heard news stories of small children or elderly people with Alzheimer’s that have wandered off and gotten lost with nighttime fast approaching, and the need to find the person as quickly as possible before they end up spending a cold night in the woods alone. Having several multirotor aircraft available with infrared night vision cameras can quickly comb an area and help to find people quickly and direct rescuers to their position.

3. Providing a tactical advantage in finding and apprehending fleeing fugitives: Quite often the news will cover a carjacking or other event that leads to a car chase. In many cases, the driver will flee the scene on foot after crashing the car and hide in a residential neighborhood. Police, with an available multirotor in the trunk of their car, can quickly get into the air, find the suspect and direct arresting officers to their hiding location, while minimizing the risk to everyone involved.

4.Assist fire departments on scene as they fight fires:  There are fire departments that are starting to employ multirotor aircraft to provide a tactical view of structure fires. Fire captains can get real-time video of the entire scene from above and be able to direct their firefighter’s resources to the best locations. The multirotors can also be used to fly up to the windows in high-rise buildings and see if anyone is inside that needs assistance or evacuation.

In addition to police and fire departments, many other organizations can benefit from the use of multirotor aircraft. Border patrol agencies can quickly and easily look for people trying to sneak in or out of countries under the cover of darkness. Security companies can use multirotors to provide perimeter security of sensitive sites or buildings that are of a national interest. They can also be used to patrol major sporting events such as the Superbowl or the Olympics to provide security for the buildings and parking lots. Lifeguards can use multirotors to patrol beaches to look for swimmers that get swept out in the currents or to alert swimmers of oncoming sharks or other dangers. Power companies can also utilize multirotors to do inspections of power lines, wind turbines and other parts of the power system infrastructure without the need to have people working closely to high voltages. Figure 3 shows a close-up inspection photo of a high voltage insulator on an electrical tower that was taken with a multirotor aircraft.  These are just a few of the different applications that multirotors can be used for, and the list goes on and on. 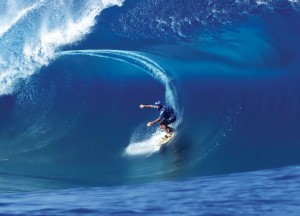 Looking back to our own personal use as modelers, there are even more interesting applications available. At the recent AMA Expo, held in Ontario, California January 11-13, keynote speaker Chris Anderson, former editor of Wired Magazine and current CEO of DIY Drones and 3D Robotics, gave a talk about the state-of-the-art modern small multirotor aircraft and Unmanned Aerial Systems or UAS’s. During his talk, Chris spoke of a new product that they are developing called the Follow-Me Box. This device is designed to be carried by a user and send their GPS coordinates up to the flight control system in a multirotor or UAS system. The multirotor or UAS would then take this information and fly a prescribed distance from the user and follow them wherever they went, filming all of the action from a small sports camera that is attached underneath. The use of this technology opens an entirely new area of aerial photography. For example, a surfer could strap the Follow-Me Box to his surfboard and go out to hit the waves, while a friend stands by with the multirotor aircraft on the beach. When the surfer gets out to his location to catch a wave, he can press a button on the box and have the multirotor take off and fly to a position that is 100 feet above and 100 feet east of wherever he is, or whatever distance and direction he chooses to program into the device. Then, as he surfs back to shore, the multirotor will stay 100 feet up and 100 feet east of his location, always pointing the camera back towards the surfer. This process could be repeated until the batteries hit a preset critical level, at which time the multirotor would fly back to shore and auto land in the same spot it took off from. This almost sounds like science fiction, but the ability to do this type of controlled flight is now a reality!  Figure 4 shows the type of image you could capture with this new technology

People doing nature documentaries or other types of photography could also use this same technology. Hikers, bikers, hunters or anyone else that could benefit from having an “Eye in the Sky” perspective of what they were doing can also benefit from this type of technology. Someone that was cruising around the sand dunes on a motorcycle or in a dune buggy could have a multirotor follow them around everywhere they go and film the action from above. This new technology will open up all kinds of different opportunities for people to explore. In a few years time, you will see people with multirotors at their son’s or daughter’s soccer game, following the ball around, videotaping all of the action that takes place, and then uploading the video to the team webpage so all the parents can see the action. The possibilities are truly endless!

To wrap up this month’s column, be sure to mark your calendars for the 2013 Multirotor Challenge that will be held at the Palomar Flyers club field in Fallbrook, California on March 23-24. There will be representatives from several multirotor companies on site showing off their products as well as two full days of multirotor competitions, sport flying and a night fly. For more information about this event, please visit the event website at www.multirotorchallenge.com.

If you have any topics that you would like to see covered in this column, or have a question or comment for the author, send an email to lucienm@helipilotonline.com. Until next time, enjoy flying your multirotor models!

Lucien Miller has been an active RC modeler since 1975, and holds two degrees in Electrical Engineering. He became an AMA contest director in 1992 and is currently a member of the Palomar Flyers RC Club in San Marcos, California. Lucien has been involved in many aspects of the hobby including Pylon Racing, RC Combat, Scale Modeling, Sport Flying and most recently Multi-Rotors. He has also been a host of the RC hobby’s longest running Podcast talk show, All Things That Fly, since 2008.
2014-02-06
Drones Staff
Share
Previous RC LOGGER RC EYE One Xtreme
Next Flight Controller Boards
[the_ad_placement id="traxxas-aton"]