Colorado To Host A Spectacular Drone Dance Show In June 2017 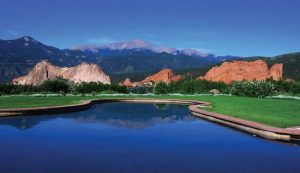 With the recent global increase in the use of drones as a means of not only photography, delivery, or search and rescue, a group of passionate drone pilots in Colorado have unveiled their plans to organize a spectacular drone dance show at the Garden of the Gods Collection country club and luxury golf resort in Colorado Springs. The show, which will take place in June of 2017, will provide outstanding and magnificent entertainment – exclusive for country club members, local/national news and the media – and was established with the primary goal of creating awareness, and bringing to the attention of Coloradans the emerging use of drones for the purpose of entertainment. As an added plus, the show is creating a way to raise funds to support the Garden of the Gods Foundation, which is a benevolent project founded to help wildlife preservation in Colorado.

The Garden of the Gods Collection private country club and luxury golf resort is a perfect choice for this outstanding visual art show. Perched high atop the plateau, it offers a magnificent view of the snow-capped peaks and the natural red rock formations of the Garden of the Gods national landmark, which is, of course, a stunning backdrop for this sure-to-be-amazing drone display. In this high-energy and explosive drone dance show, the pilots will be utilizing 15-20 drones in swarming formations at the center stage to bring a beautiful collaboration of music, acrobatics, special effects and around 15,000 LED lights attached to the drones to create a spectacular visual feast. The music will be provided by the Colorado Springs Suzuki Violin Children’s group led by Vanessa White, a talented and stunning violin teacher in Colorado. During the drone dance, there will also be a 25-foot remote-controlled hot air balloon with the face of a giant panda hovering above!

“Our vision about this form of green entertainment is like a giant magnet, pulling us towards the future. It’s about taking inspiration from the world and people around you and creating an exhilarating and impressive form of entertainment for everyone. With the drone dance just now beginning to bubble up as a means of entertainment, we saw an opportunity and creative means of uniting as local drone pilots to showcase how drone technology can be used as a unifying force and to impact culture, thereby giving way to new ideas; proving that innovation is sensational and nothing is impossible!”