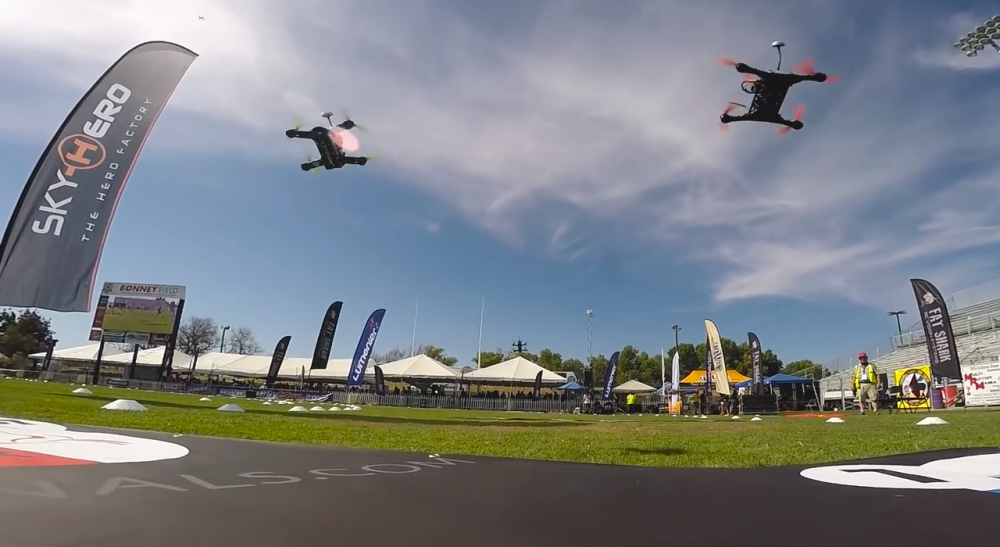 With drone racing’s increase in popularity, the 2016 National Drone Racing Championships Presented by GoPro (crowning the coveted title of fastest drone pilot in the United States) will be the first ever drone racing event covered by ESPN.

“This is a big step forward for DSA and drone racing as a sport,” says Dr. Scot Refsland, Chairman of the DSA. He continues, “To have major brands like GoPro, AIG, EMC {code}, and EY follow ESPN and become our partners is an incredible testament to the immense growth of drone racing.”

“As one of the first insurers approved by the Federal Aviation Administration (FAA) to operate drones for risk assessment and management, AIG is proud to be the official insurance partner for this event,” says Jeremy Johnson, president U.S. commercial insurance at AIG. “Drones have the capability to transform the way industries operate and serve their clients. We’re excited to further support the acceptance and use of this innovative technology.”

The DSA invites everyone to attend the 2016 National Drone Racing Championships Presented by GoPro on Governors Island as it will have an incredibly enjoyable summer festival atmosphere that racing fans appreciate—exciting drone racing, family entertainment, state-of-the-art technology, food, drinks, music, and plenty of drone sponsors. General admission is free.

For more information on DSA, attending the 2016 National Drone Racing Championships Presented by GoPro, sponsors, or qualifying, please visit the website at: