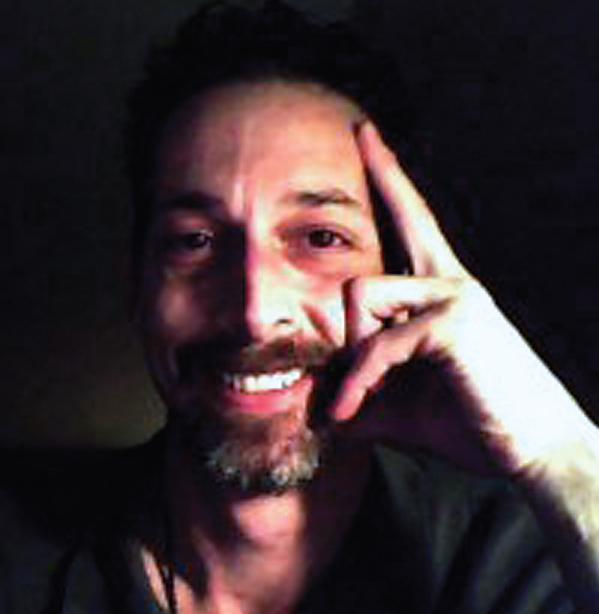 Peter Sachs was recently named as one of the eight most influential people in drones by industry-specialized website Drone Definition.com, earning himself a spot with the likes of Brendan Schulman (attorney and hobby advocate), Jeff Bezos (CEO, amazon.com), Nick Woodman (CEO, GoPro), and Michael Huerta (Administrator, FAA). Peter is a Connecticut-based attorney, private investigator, photographer, volunteer firefighter, FAA-licensed commercial helicopter pilot. He is also an advanced ground school instructor and a long-time RC model aircraft and multirotor pilot. He is a vocal RC and UAV advocate and founder of Drone Pilot Association (DPA), an organization he created to represent the interests of UAV operators (dronepilotsassociation.com). He is also the editor of dronelawjournal.com, a website about RC & UAV legal news and information and helps keep the community up-to-date via Twitter and Facebook forums. He actively participates in debates about UAV regulations at the state and federal levels.

MULTIROTOR DRONES MAGAZINE: First things first…any RC magazine interview could not start with any other question than how did you get into the aerial RC hobbies?

PETER SACHS: Full-size helicopters are far too expensive to rent, if you could even find a place to rent one. A drone costs pennies an hour to operate. So, my rotorcraft flying is now limited to drones. Incidentally, I only call them drones.

MDM: How does one become a “drone advocate,” and what drove and inspired you to do what you do for our community and hobby?

PETER: Although the specific issue involves drones, the far larger issue is a federal government agency ignoring the dictates of Congress; lying and using intimidation tactics to enforce laws that do not exist. I have a strong distaste for government wrongdoing.

MDM: At times, you seem to taunt the FAA about their authority to regulate model aircraft and UAV operations. It seems like the FAA has managed, through its actions, to alienate the very people it should involve in the process of UAV integration. In your opinion, what should be the FAAs role in UAV regulation and what steps could they take to regain the trust of the industry?

PETER: I do taunt the FAA and I do so for a reason. I, unlike others, have nothing to lose. Flying commercially is not my primary source of income. And I have no legal fees if the FAA were to come aft er me. My “in your face” method is designed to get the FAA’s attention and the attention of other drone pilots because I wanted the FAA to know that they are being watched and the other pilots to know that I’m willing to call the FAA to task. Lawyers typically represent clients, so they have to be careful about what they say. I never represent clients so I can speak my mind.

MDM: There have been numerous eff orts to enact state laws regulating the use of UAVs with diff ering degrees of success. I recall the enjoyable day we spent at our state’s House of Representatives giving testimonies on our state’s first proposed bill. Do you think that the states should get involved in regulating UAVs by creating their own “drone laws” or should the regulation be handled only on federal level?

MDM: There have been suggestions to create a regulatory agency dealing with robotics, which would also handle the UAV-related regulations. As worrisome as creating another regulatory body may be, do you think that such an agency may be bett er suited to deal with UAVs and any technologies that are likely to cause similar legal controversies in the future (self-driving cars for example)?

PETER: I can’t speak for robotics, but insofar as drones are concerned, I think creating a new agency is not the answer. The FAA has shown it is not well-suited for the task, so it should be left to community-based organizations, as the FMRA (Federal Aviation Administration Modernization and Reform Act) of 2012 requires.

MDM: The overall feel amongst the members of our community is that some regulation may be necessary and would be welcome if it fostered responsibility and provided a way to license commercial use without unnecessary burdens on hobbyists and entrepreneurs. In your opinion, what should a well-balanced set of regulations include?

PETER: I think there should be no regulations at all for drones of a certain size. The FAA’s current proposals include even tiny 2-inch drones, which is ridiculous. For larger drones, I’m open to any regulatory scheme that is limited to ensuring safety. Regulations should not present any barriersto those who wish to use drones commercially, as the exchange of money has nothing to do with safety. Other non-hobbyist uses,such as conducting educational or scientifi c research, performing fire or police services or conducting search and rescue operations should not be hindered by burdensome regulations. Although most of what is found in Advisory Circular AC 91-57 makes sense, the usefulness of drones makes it silly to prevent them from being used only in “unpopulated” areas. The FAA’s recently proposed restrictions on FPV are also entirely nonsensical. There is no evidence whatsoever that flying FPV makes a flight inherently unsafe.

MDM: While there seems to be quite a few groups and organizations doing a prett y good job keeping the UAV community involved and informed, the industry as a whole seems to be too young for the real big leaders to emerge. Do you think any of the existing organizations have a potential to become a leader with a big enough membership base, a clear goal and resources to represent our community in regulatory process (state or federal) in the foreseeable future? Or will this still be left up to individuals and relatively small groups willing to invest their own time, energy and resources into advocating for our cause.

PETER: I just formed the Drone Pilots Association. Its goal is to represent the interests of all non-hobbyist drone pilots. We plan to offer education and training, insurance and a legal services plan. The Association is brand new, but at the time of this interview has already garnered 1,000 members in its first two days of existence.

MDM: What is your advice to the newcomers into this hobby looking to stay up-to-date with the world of regulations and for guidance on safely operating their machines?

PETER: There won’t be any for quite some time, aside from the new Interpretive Rule of June 25. At this point I would suggest following the various drone authorities on Twitter, news regarding regulations will “break” there first. There’s also my site, dronelawjournal.com, which addresses the current federal laws as it relates to drones. On Facebook, Drone Laws – by Brendan Schulman and UAV Legal News & Discussion are great groups to join the conversation with fellow operators. Even lacking current regulations, it’s not a bad idea to review the existing Federal Aviation Regulations that are available online.

MDM: What is your most rewarding or memorable experience with RC aircraft?

PETER: My fire flight back in January 2014, where a large blaze erupted in a quarry that was laden with explosives. There was no safe way to send a human in to see how close the blaze was to the explosives, so I was asked to fly over the quarry to get a bird’s-eye view. It worked. The chief was able to see the entire scene on my monitor and determined the flames were still far enough away to send in the firefighters. That marked the first time ever that a drone was used for decision-making at a fire scene.

MDM: There are many entrepreneurs hoping to turn the aerial videography into business, but some are afraid because of the uncertainty surrounding the regulations, some are doing it while trying to stay “below the radar” and some already registered their business, pay taxes, insured themselves and openly advertise their services. This may be a bit of a tricky question: As an aerial videographer yourself, what would you recommend that they do, given the current state of the industry and FAA’s attempts to regulate it?

PETER: I would recommend they first obtain general aeronautical knowledge, including general weather and airspace knowledge. Then they should train and practice until they are confident they can operate their drone safely. Aft er that, get insured, find clients and start flying. It’s my opinion (but not legal advice) that it is perfectly legal to do so. Of course, the FAA will tell you the exact opposite.

Stay in touch with “drone laws” and the community: