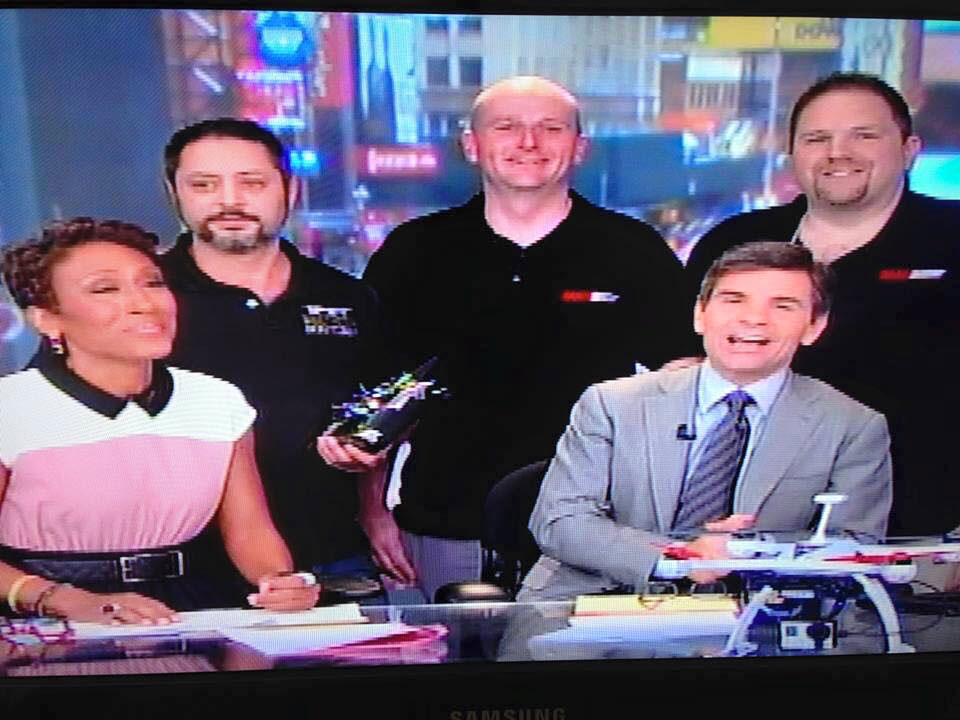 The MultiRotor crew was at Good Morning America yesterday doing a little multirotor flying demo. They got a chance to deliver a hot cup of coffee to the cast of GMA during a live segment of the show. Here’s the press release and the video, in case you missed it:

February 2, 2015 – The Maplegate Media Group team was really excited when ABC’s Good Morning America contacted us last week about a series that would present a positive image of “drones” in the wake of all the recent negative drone stories in the media. Naturally, we were happy to lend them our expertise and a few members of the MultiRotor Pilot team to assist them in producing some live multirotor action in the studio. Thus was born the “First Successful Live Coffee Delivery” by a “drone”, on morning television. In case you missed it, our team managed, after numerous practice sessions and a great deal of planning, to use a Blade 350 QX3 multirotor to deliver a mug of coffee to Robin Roberts at the Good Morning America anchor desk this morning.

We’re pleased to report not only that Robin proclaimed the coffee, “Just the way I like it,” but also that the anchor team stressed that drones, for all the bad publicity they get, are involved in our lives in many positive ways. Tomorrow, they’ll be featuring a team studying an erupting volcano using multirotor aircraft, getting important scientific data that would be difficult to get any other way. Our team will be back in the studio with the anchors tomorrow so tune in to see how ABC’s Good Morning America will be promoting the hobby and “drones” in a positive way.

If you missed this morning’s segment, you can view it online at here: http://abcnews.go.com/GMA/video/drone-delivers-coffee-gma-anchors-28663449.