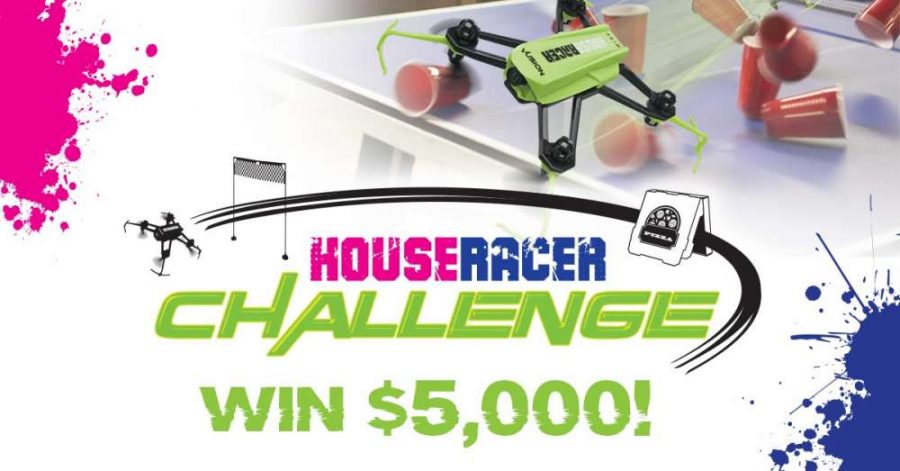 “Our House Racer product launched in February,” said Rick Piester, Product Development Vice President, Hobbico. “The House Racer Challenge is a great way for our FPV fans to show off their skills building and flying indoor courses.”
Participation in the contest requires the following steps: Visit a hobby shop to pick up the House Racer Indoor FPV Rack Pack and Gate System. Build an indoor course with the House Racer gates and items around the house. Shoot a video explaining the course and include flying footage featuring the House Racer. Visit explore-rise.com/challenge to submit a video between March 15 and April 4, 2017.
The contest will be presided over via a panel of celebrity judges, including Paul Nurkkala, Justin Davis and Chris Thomas of MultiGP. Paul is a pilot on Team Futaba and is also a DRL Racer under the name “Bulbufet”. Justin Davis is the Founder and CEO of Drone Camps, a YouTube channel dedicated to helping new pilots fly, maintain and understand their drones. MultiGP is a drone lacing league for first-person view radio-controlled aircraft. For more details about the House Racer Challenge, please visit
explore-rise.com.

GET YOUR HOUSE RACER NOW TO PARTICIPATE: