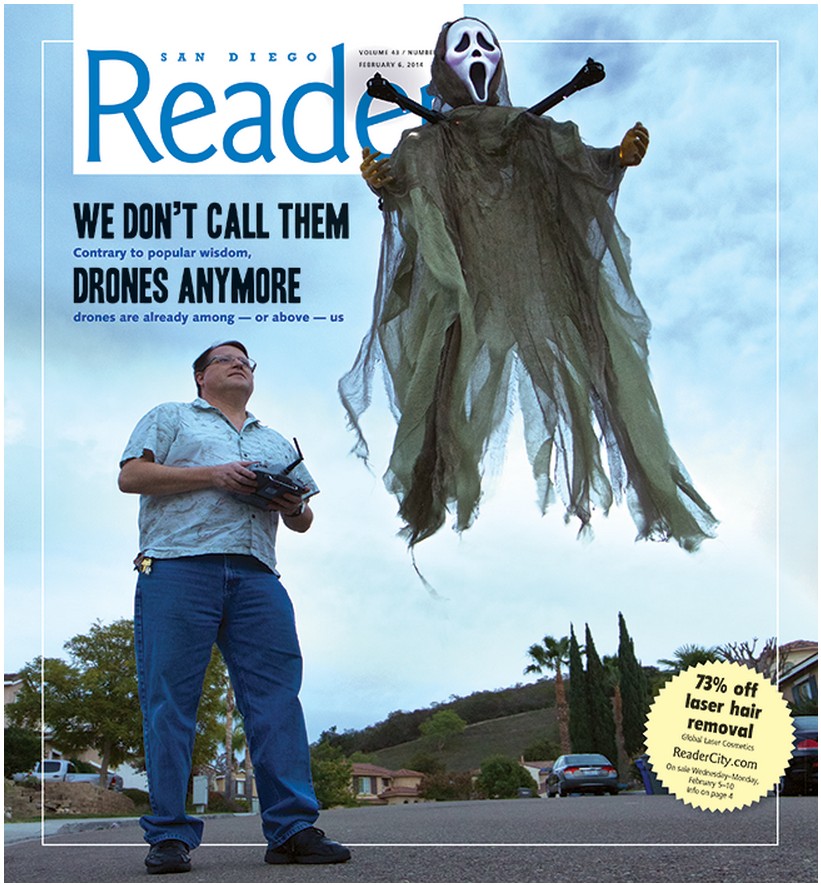 I want to believe that when we talk about drones — also known as unmanned aerial vehicles or unmanned aerial systems — whose bodies vary from pterodactyl-big to mosquito-small (the Robobee, a robotic insect, weighs less than 1/300th of an ounce), and any one of which will soon be taking off, in ungovernable numbers, in our coming (2015) deregulated airspace, we are not talking about General Atomics’ “Predators and their Hellfire missiles bombing daycare centers in Afghanistan.”

But the drone has already earned its inalterable reputation. Much to the chagrin of the man who uttered the sardonic quote above: the resourceful, loquacious, fingers-in-many-pies Lucien Miller, CEO of Innov8tive Designs, in Vista. Miller is behind his desk in a small office, next to an adjoining warehouse, one of hundreds of manufacturing warrens in the Palomar Business Park. Dressed in a light blue knit shirt, faded jeans, and comfortable loafers, Miller is a-flurry with info and PR on unmanned aerial vehicles and their possibility. Which is why he’s adamant that the word “drone” is a great misnomer.