It’s in the Bag!
This article was originally published in June/July 2016 issue.
by Stephanie and Trey Player, Aerial Escape 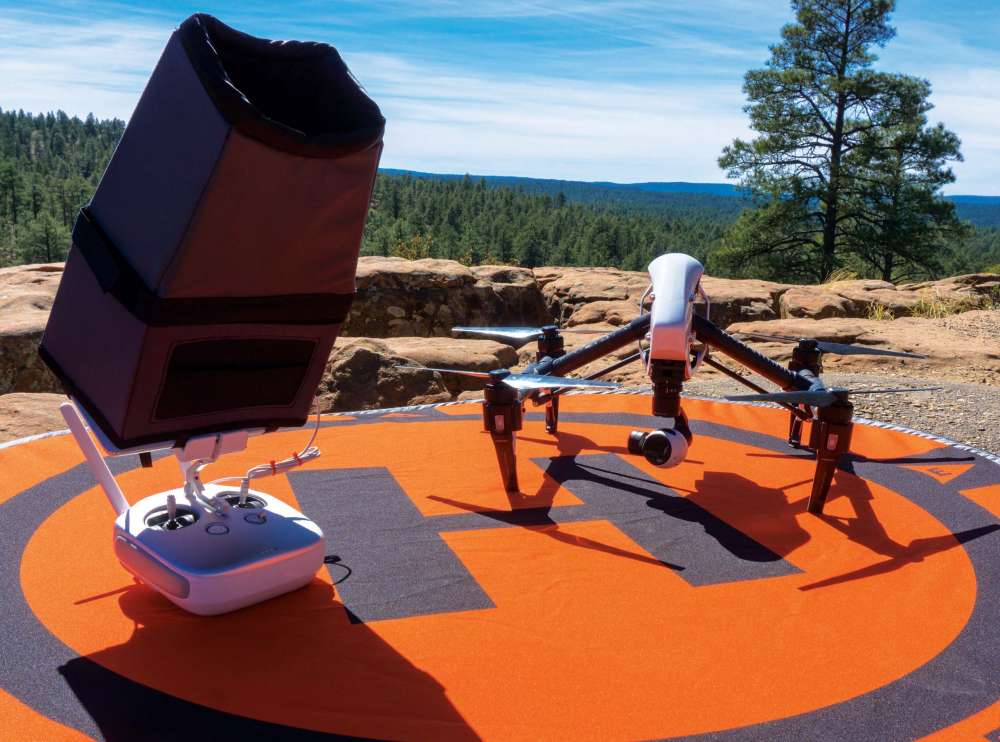 Have you ever flown to capture an important video, for either recreational or commercial purposes, and through live-viewing are so incredibly excited about how wonderful that footage will turn out, only to review the footage later and discover a speck of dirt has ruined the shot and it must be redone? Some footage can never be recreated (such as a wedding ceremony, sporting events or even a unique sunset), consequently you’re left extremely disappointed and struggling to recapture that scene, if even possible. Some of those magical moments only happen once, so you’ve literally got one chance to get the shot. This problem is solved by the new Drone Launch Pad by Hoodman, which prevents your mounted camera from collecting dust and debris during take-off.

An idea that flourished from an immense amount of input from drone pilots across the U.S., the Hoodman Drone Launch Pad is one of the most essential multirotor accessories that you may not have realized you needed. It boils down to this: No matter what type of terra you’re launching from or landing on, there are environmental factors that could result in short-term and long-term damages to your drone and its video equipment. Whether it’s tall grass or pebbles that could damage your rotors or even tarmac where there’s dust and debris that could get sucked through the motor bearings and cause premature motor failure, the Drone Launch Pad provides a heavy-duty layer of protection to help keep your equipment in tip-top shape and contribute to its longevity. With a five-foot diameter, the launch pad can be used for both small hobby drones and larger machines intended for commercial purposes. As stated on their website’s product description, the “rugged, bright orange denier polyester pad with black heliport markings and compass headings is easily found when returning to base.” It effortlessly collapses to fit into a 20-inch carry bag with a shoulder strap, which makes it easy to store and transport.

I know what you’re thinking: Won’t a big gust of wind just blow it away? No. The eight-pound zinc-coated perimeter cable weight keeps the Drone Launch Pad in place, without the need to use stakes like with other launch pads. Lou Schmidt, the marketing VP for Hoodman, explained, “It had to be weighted in such a way that the drone wouldn’t blow it up or blow it away or suck it up into its blades. So the challenge was to get the weight at the perimeter where it’s needed, but to have it somewhat spring out into shape so that the deployment was really easy.” It’s so easy that you simply pull the launch pad from the bag, toss it out and it deploys itself into shape. When putting it away, a simple process folds it back into the smaller shape for easy insertion into the bag (there are also folding instructions attached to the bag in case you need a little guidance).

In our series of tests, we had the best weather conditions and terra to really assess its capabilities. With wind gusts of 25 mph and the launch pad set on an uneven boulder top, we had no issue whatsoever with the wind picking it up. In fact, it seemed to automatically adjust to the shape of each surface we placed it on. Lou stated, “That’s one of the nice features. Sometimes you’ll have a berm or a slope [as your launch area]; but you don’t have to have a tabletop, flat surface to put this launch pad on because it’ll take the shape of whatever terra you’re launching from or landing on.” 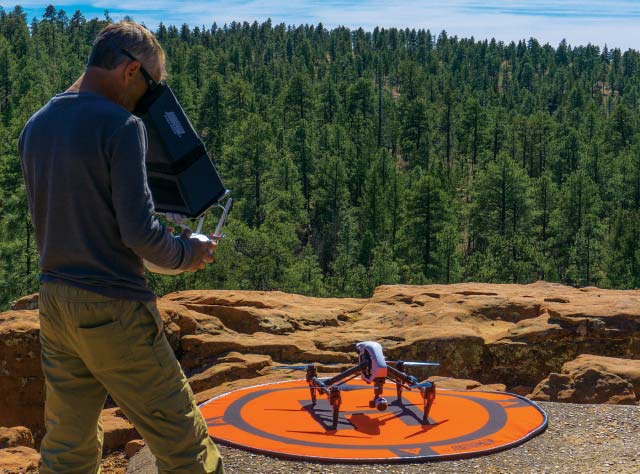 Another unanticipated benefit to this product was discovered by an agricultural drone pilot in San Joaquin Valley, who uses his drone for checking areas where irrigation is failing him. Lou shared the pilot’s story: “One day, all of a sudden, a crop duster came along [while the drone was in the air] and they were both legally flying under 400 feet, sharing the same airspace. The pilot said, ‘I need a way to communicate visually with these guys that are in the air so that they take responsibility for looking out for us, just as well as us looking out for them.’ That’s where he said the bright orange heliport markings were helpful, ‘I’m going to tell all my guys that are crop-dusting in the area, if you see one of these markers out there, you’ll know that you need to be alert that there’s someone else sharing this airspace with you.”

In addition to the capability of alerting manned aircraft to the presence of a drone, the bag itself also doubles as a tool to keep people on the ground aware that there’s a drone nearby. “We put heliport markings on the bag as well, so that pilots don’t have to buy anything different to alert pedestrians,” added Lou. “Just hang the empty bag on a tripod by the shoulder strap and then people will know that there’s a drone flying in the area.” Over the last year, Hoodman has continued to receive valuable input from drone pilots to help with perfecting their product. One pilot mentioned it would be beneficial to include compass marks on the launch pad to maintain directional awareness while up in the air; Hoodman incorporated those compass markings as a result. This product was obviously not only designed for drone pilots, but it was essentially designed by them.

While all of these features are important, our number one key interest was in keeping our camera lens free and clear of any dust and debris. “It makes sense for anyone who’s taking their video capture seriously,” Lou contended, “before they’re airborne and before takeoff, they’ll ensure that their lenses are clean.” From our point of view, this easy-to-use launch pad truly gives us peace of mind in knowing our footage won’t be compromised by an iota of dust. Want to protect your multirotor and camera equipment? Check out Hoodman USA to get more info and place an order. Like us, you’ll be glad you did! 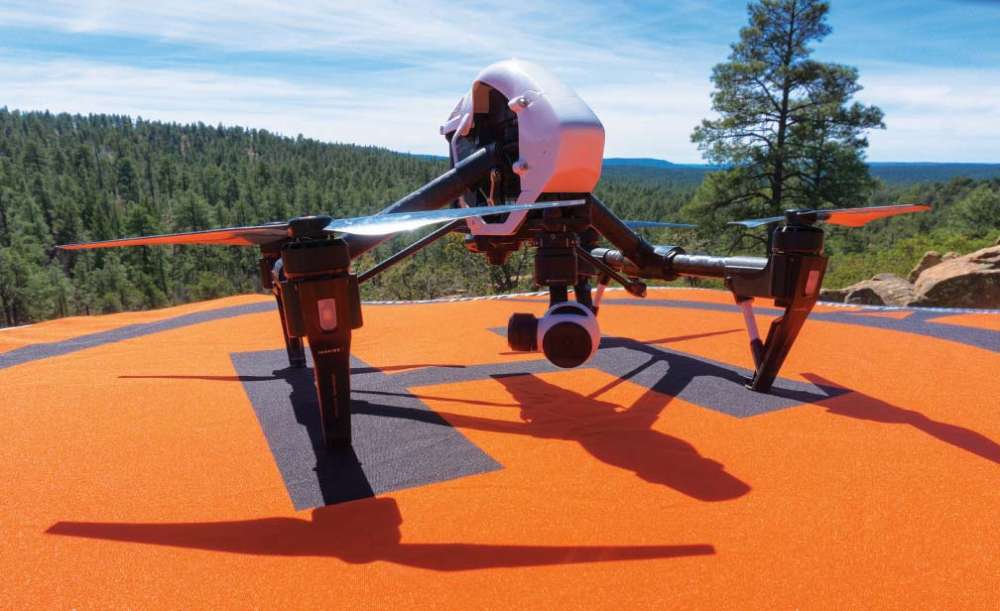