Getting the most from your GoPro 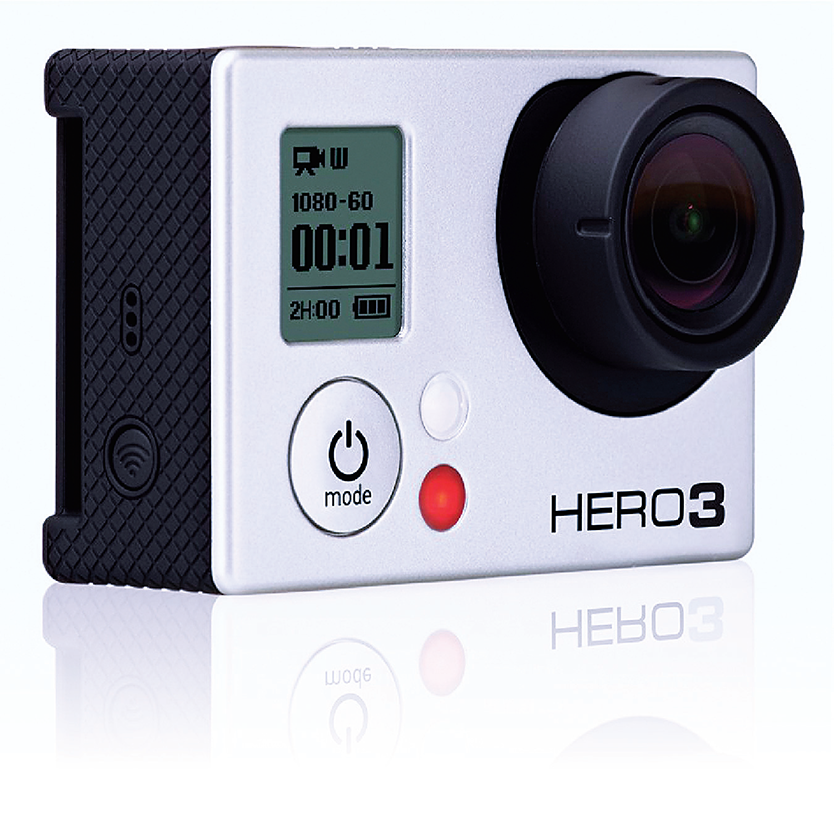 To finish up this series on the GoPro, I thought it might be a good idea to share some tips and tricks to help you get the most from your camera. These are some tips that I’ve learned over the years. While this article is directed toward the GoPro cameras, these are good guidelines for any camera you use.

First off , make sure your lenses are clean. This means not only your GoPro’s lens, but the inside and outside of your case. You can make sure your GoPro is crystal clear, but if you have a greasy finger mark on the lens portion of the case, you aren’t going to be getting the sharpest footage your camera is capable of. To battle the dirt and grease, pick up a bottle of Pancro cleaning fluid and Kimtech Kimwipes. These two items are an industry standard for camera assistants and will clean your lens perfectly without scratching any of the coating or the lens itself.

However, just due to the nature of filming with GoPro cameras, you will most likely be sticking your camera in some precarious places. If your camera just finished up a 30- lap dirt bike circuit mounted to the swing arm, there is a risk that no matter how much you bust out your Pancro spray and Kimwipes, you won’t be able to get rid of any scratches. If this happens, go out and buy a new housing for your GoPro. This is not the area to be cheap; your footage is worth it and deserves to be seen clearly. Since a lot of brushless gimbals on the market for the GoPro require it to be out of its protective case, the lens is very susceptible to getting scratched, so you need to pay close attention to the lens.

When I first picked up a GoPro, I grabbed the closest microSD card I had and started shooting. When I brought the footage back into my computer, it didn’t look as sharp as I had seen online or on television commercials. I didn’t know why and kept shooting the next several gigs with the card, getting the same sub-par footage. I soon realized that in order to unlock the full potential of the camera, I had to shoot with a fast microSD, at least as fast as what they recommended.

What happens, which I learned the hard way, is that if you stick a slow microSD card into the camera, it will continue to record, but it will just lower the bit rate to match the write speed of the card. This means that if you put in a card with a write speed that is rated for half the speed of the camera’s bit rate, you are going to get half the quality. Once I picked up a faster microSD card, I noticed immediately that my footage had improved in sharpness and overall quality. 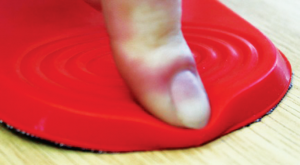 While the GoPro’s small size lends itself to being positioned in spots otherwise not possible, the lack of mass in the camera can directly translate to very shaky footage. While larger cameras are much more tiresome to operate, the added weight helps isolate and dampen the small quick moves. With a GoPro, these same moves are compounded and can create unusable footage, unless you enjoy feeling nauseated in front of your computer. We can use two tricks to help smooth out our footage.

First, if you are mounting the camera to a place where there are high frequency vibrations, such as a car’s front hood by the motor, multirotor, etc., we can minimize the vibrations by separating or adding a barrier between the camera and the mounting spot. While there are many ways to do this, a simple way would be to add a layer of Sorbothane between the mount of the GoPro and the point of contact, say the front hood of a car. Sorbothane is used in shoe insoles and it has vibration dampening qualities that can take out a lot of the high frequency vibrations. As an alternative, some people use a wire isolator, so the camera essentially “floats” on the wires holding it up. A quick Google search and you will uncover a whole world of methods for using these, and others not mentioned.

The second trick to getting stable footage is an option that we’ve only recently had the ability to use. With the advent of larger resolutions, we can now use stabilization plug-ins in our computers’ editing programs, while still keeping a good size end resolution. How post-stabilization works, oft en commonly called “warp stabilization”, is taking pixels and moving them in the opposite direction of their movement. So, if 1 pixel were to violently go up, the program would compensate by bringing it back down. The same goes with left and right motion. The issue with this technique is that when you are done, you have to zoom in, because if you don’t; you’ll see the black edges of the video moving around in your frame. In former times, zooming in meant you had to sacrifice your end product’s resolution. 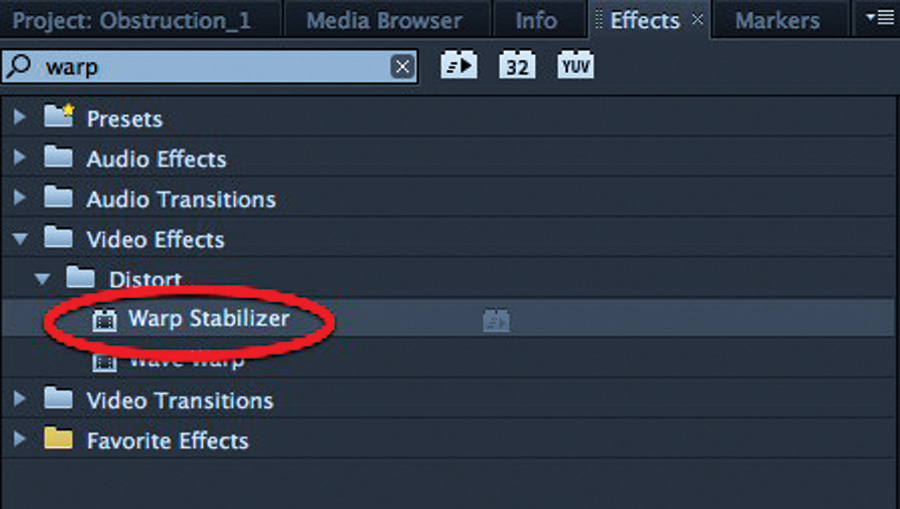 However, with cameras shooting such high resolution these days, you can maintain the HD standard even aft er using warp stabilizer. So, next time you go out on your mountain bike and clip in the GoPro, shoot at its highest resolution (2.7k @ 24fps currently) and when you bring it back into your editing program, Adobe Premiere, Final Cut X, etc., use a warp stabilizer plug-in and see what magic it can do. I caution people to not rely on this style of shooting, however, because with really large corrections the plug-in can create some funky jello-looking shots that are almost worse than pre-stabilization.

Lastly, think creatively. The last thing we want to see is a predictable and boring shot, especially with a GoPro. With such a small footprint, this camera excels at being placed in small areas, as well as places where a normal camera would be too heavy. (Attached to a guitar, microphone etc.) Without sounding cliché, the GoPro really makes shots that would be otherwise impossible into a possibility. So go out there and impress us!