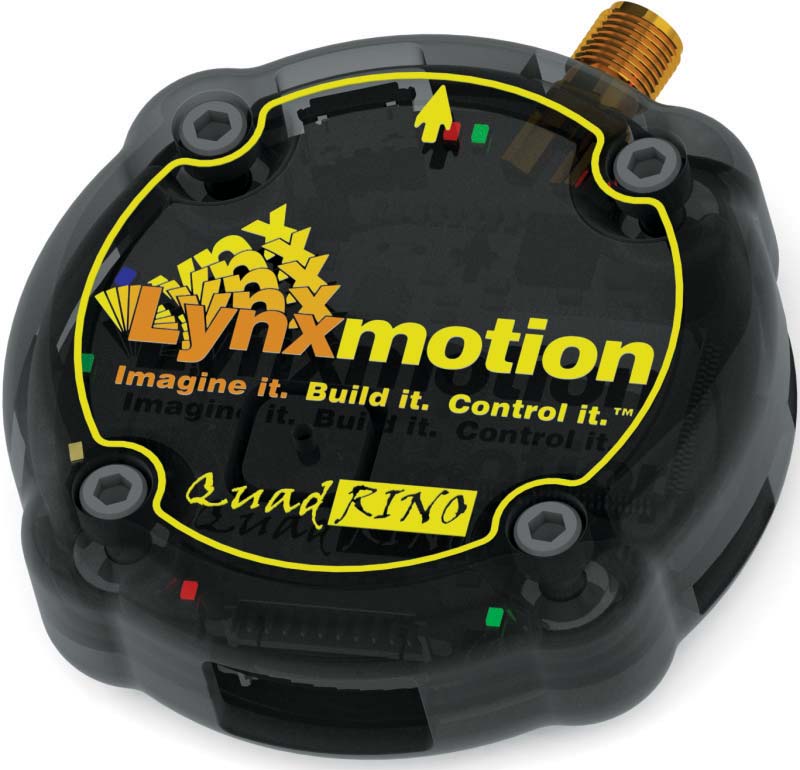 When it comes to choosing a flight controller for your next quad purchase, you might be left a little light headed when perusing the web for options as there are loads of them. Of course, if you want all the cool features like IOC (headless), RTH (Return To Home) and GPS, you’re probably going to shell out a small fortune. Not any more, with the release of the Quadrino Nano flight controller from Lynxmotion and Robot Shop. Really, the entire project was a team effort between FlyingEinstein and the engineers at Lynxmotion. They wanted to bring to market a controller that rivaled the more expensive units already out there in the features department, but also create a unit that was smaller and far less expensive than the competition. The result was the Quadrino Nano.

Having experienced a few MultiWii based boards, we were well familiar with their capabilities. Anything open source can be tuned and tweaked to perform nearly any task you’d like … if you’re a programmer. For the vast majority of us regular folks, the Arduino Development Environment presented a daunting task to be able to
program a controller. Having to sort through line upon line in the Arduino Sketch could be fraught with problems.

Finally, these days, there is a conflict between the latest Java versions and the MultiWii GUI program, so Lynxmotion developed an entirely new (and worlds easier to operate) FCT (Firmware Configuration Tool) to replace the need for the Arduino Sketch and a new Windows GUI that works harmoniously with Java. 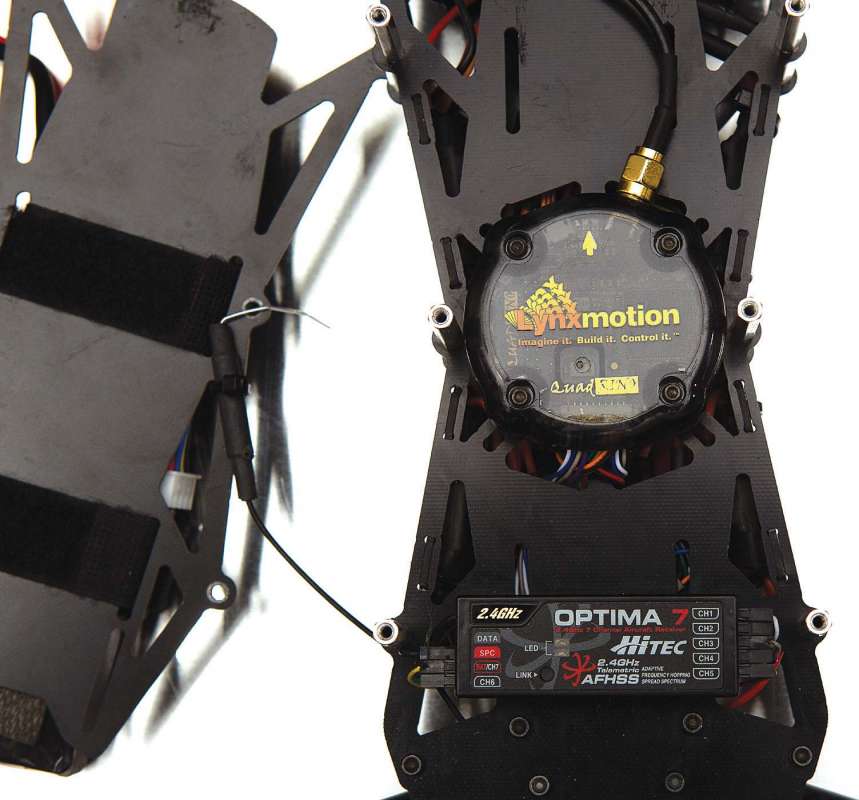 No longer do you have to dig through hundreds of lines of unneeded code to only highlight the items you need. The FCT is a shortcut to get your board programmed and get you into the air. Additionally, the new WinGUI is easier to use than the previous

MultiWii GUI. For those who live in the world of code, fear not as you can still open and use the full Arduino Sketch from within the FCT. Also, owners of earlier boards can rejoice as they can also use the new WinGUI to program their controllers.

Over the past few months, we were able to log hun- dreds of flights on our Quadrino Nano, using three dif- ferent airframes; a Gaui 540H hex, a RotorBits 720mm Hex and a Lynxmotion HQuad 500. Throughout all of our testing, the controller never faltered, nor did we encounter any catastrophes in programming thanks to the FCT. We were also able to get our hands on the newly released Bluetooth module for the Quadrino. Using the Lynxmotion app, you can plug the module into the Quadrino for programming wirelessly, anywhere you don’t have access to a PC. Even more impressive, 3DRobotics just came out with a long range radio module set that will allow for on-the-fly adjustments to the controller while in flight. Well done Lynxmotion and Robot Shop. I forsee many machines outfitted with Quadrino Nanos in the near future. = 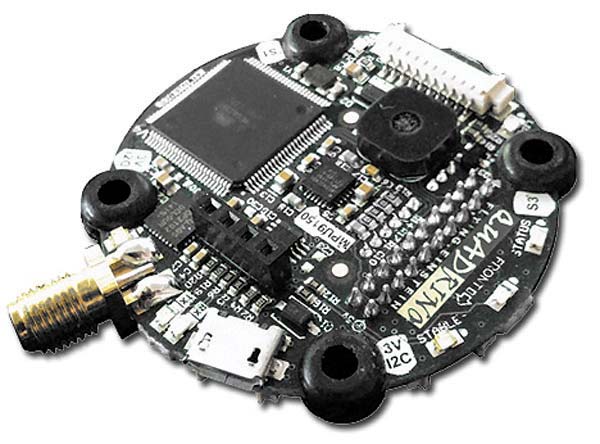