Home » New Release » What’s the Tattu Toppilot Lipo Battery and How to Get it?

What’s the Tattu Toppilot Lipo Battery and How to Get it? 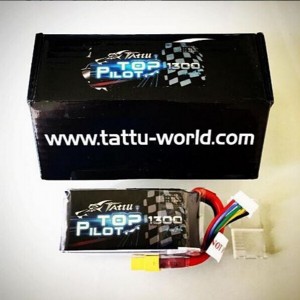 Toppilot is a sponsored version under the Tattu brand, particularly designed for FPV racing competition. New materials were adopted in the new version of their lipo battery. Although materials were confidential, there is reportedly a lower internal resistance. The Toppilot’s main characteristic of interest to many will be it’s capability of being more powerful in comparison to other similar batteries. The Toppilot can also withstand full throttle for 2 mins without any problems. Testings have compared the Toppilot version battery with other brands and reported that the Toppilot version lipo battery’s discharge platform is higher than graphene batteries; but unfortunately, the Toppilot is not for sale, and only available through free sponsorship.

Pilots who have tested Toppilot version have also noted the temperature after landing is slightly lower than other brands.

The Toppilot version is not for sell, but you can apply to be a Tattu team pilot to try it. Send an application email to info@genstattu.com if you are interest, or you can always purchase the selling version Racing line at genstattu.com. Top pilot has not classified the c rate, but compare to the 75c battery on the market, the Toppilot’s discharge rate is slightly higher, and the peak power lasts longer.